Do Sin City Right With These Las Vegas Local Tips 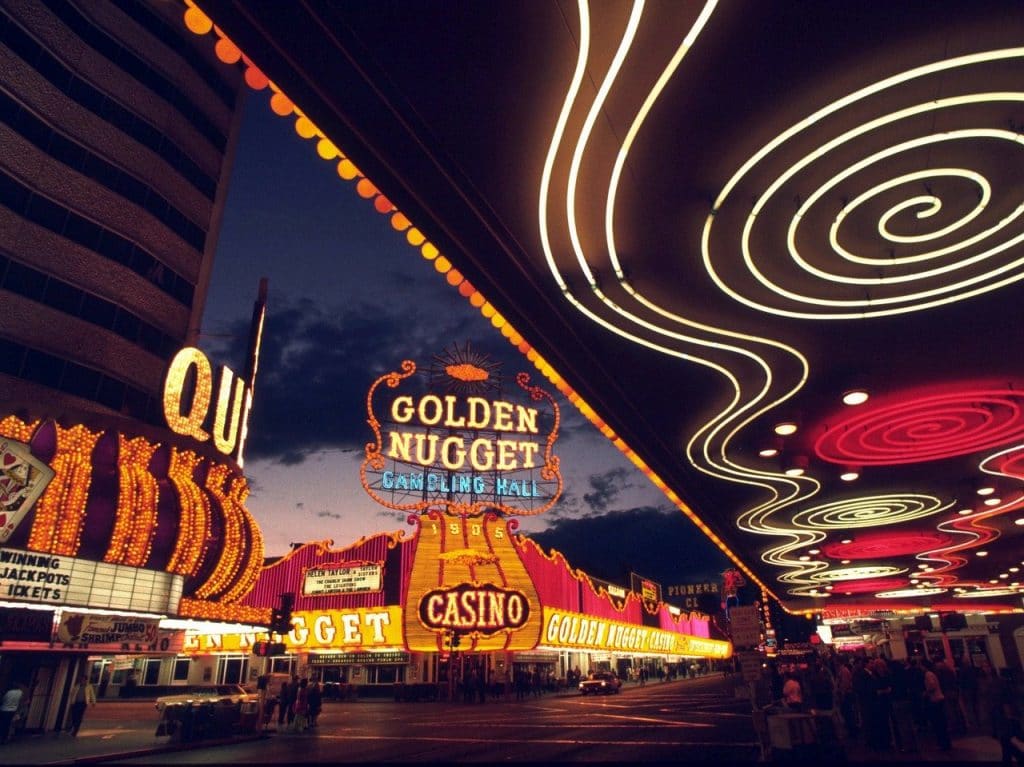 Over the course of our time online, we’ve written a lot of Vegas vacation blogs. But the one thing no travel column can ever replicate is the advice of a local when it comes to what to do, what to see, and how to take it all in like a pro.

Which is exactly why we interviewed several Las Vegas locals and asked them their opinions on how to “do the city right”.

So, get ready to join us as we break down Vegas, as seen from a local perspective, and show you what you’ll be missing out on if you stay in one place for too long in Vegas. It’s time for your official Las Vegas local tips list, from Rooms 101.

Three Of The Most Important Las Vegas Local Tips To Know

Vegas isn’t like a lot of other cities. That’s not hyperbole, either: Sin City is basically a tiny ecosystem, unto itself, full of bustling activity and vibrant people from all over the world. It’s also hot. All the time. And many visitors will arrive completely unprepared for that heat, which can ruin their trips in many cases.

Here are three of the most important tips most locals would like you to know before arriving in Las Vegas:

Right, now that we’ve gotten all that out the way, let’s take it to the Strip.

Didn’t know its full name was the “Center Strip”? Boom! That’s the difference a local guide can make. Thanks for your time, we’ll see you in the next article.

Kidding, of course. But it has to be said that nowhere within the Sin City limits are you going to find more action than right here on the world-famous Strip. The sights. The sounds. An Elvis impersonator on every corner and a corner store slot machine wherever your eye happens to be looking at that point in time. It’s a hell of a town, and it all starts right here in the center.

Plus, it’s not like it’s hard to get to. The entire valley is built around it, after all, so wherever you are, you can always find your way back pretty easily.

And what is there to do out on the Strip, anyway? Some of the most exciting parts of the entire city are home right here. The upgraded Park MGM hotel (formerly the Monte Carlo), with guest appearance by the NoMad mini-hotel as you ascend its floors. The Waldorf Astoria. The Cosmopolitan hotel, home to some of the best restaurants anywhere in the city.

We’re not saying to spend your entire trip out on the strip. It can be costly, it can be tiring, and it might not be your cup of tea. But, if you pass through Vegas without ever even visiting the Vegas Strip at all, you’re doing yourself a disservice.

Not to make any assumptions, but did you even know Las Vegas had a downtown area? Locals do, and it’s one of their favorite options to hang out in when the sun goes down but they want to avoid the craziness of the strip proper.

The area is set apart from the hustle and bustle of places like Fremont Street, but has a life all of its own, being in close proximity to the Arts District and Fremont East. Chill out at one of the many rooftop pools in the area, overlooking the lights and cars of the city below as a DJ takes to the tables for a sunset session.

Know Your Teams: The Golden Knights

Las Vegas locals love their home team, the Knights. As the city’s first professional sports franchise, this hockey club represents the entire city’s validation for one specific thing: being “more than just a tourist destination”.

Want to make friends in Vegas during your trip?  The smart Las Vegas local tips money is on complementing their sports teams. Take in a beer at one of the nearby bars to the Park, enjoy some of the live music at Toshiba Plaza, and strike up a conversation with someone about the Golden Knights. Even if you don’t have tickets to the game, the pregame festivities can really knock it out of the park, with previous performances by Logic, Lil Jon and Travis Barker.

There’s no better tour guide anywhere in the world than a good, old-fashioned local. Hopefully, with the aid of some of today’s Las Vegas local tips, you’ll have everything you need to hit the streets of Vegas and have a great time, this summer.

Looking for a great deal on Las Vegas timeshares? Check out some of our awesome packages, today, to find the one that works for you.